It was April. Just a couple of months back, I was in another Commonwealth country relishing my last few days of Kiwi life. And then, there I was looking straight at the London Eye.

The trip was for a three-day meeting with an international organization my own NGO has been working with for the past couple of years. They call for this annual gathering of partner organizations from all over the world, to talk about the project year that’s just come to pass and to plan out the incoming one.

I wasn’t supposed to be there. 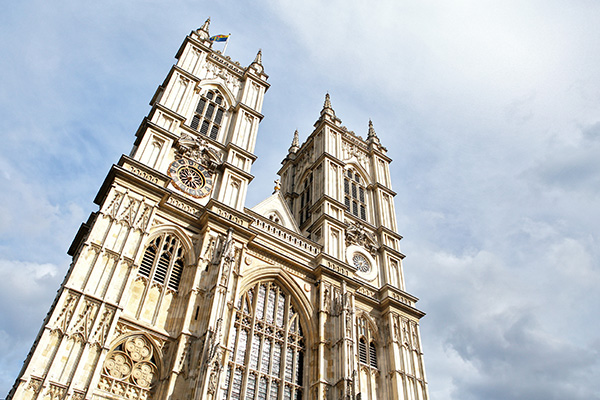 Initially, the idea was that I was just supposed to be a stand-in, just in case our ED (that’s Executive Director) was not cleared by his doctor for travel. He recently got himself admitted to the hospital for some ailment and he wasn’t sure if he had recovered enough to withstand the stress and fatigue that usually come with long trips.

London is a long way from Manila. 14- to 15-hour long, and that’s if you’re going there non-stop.

Somehow, our ED thought it best to have me tag along. So I could meet the people who work at the Organization, he said. They’re really nice and cool folks, he went on.

Now, I’m not what you would normally consider as a travel bug. I don’t have those itchy feet that just can’t get enough of the road. It’s not like I’d grab any excuse I can get to hop on a bus or a train, so I could “see the world”. No. I’m perfectly fine with short, easy sorties. Sometimes, a good book, a graphic novel, or a movie will be enough to chain me down to my bed for an entire day or two.

But then there’s that, and there’s also the fact that I haven’t been to Europe. 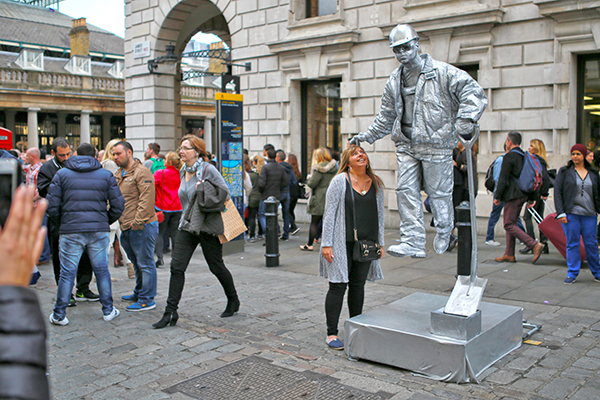 I’ve always wanted to go to Europe. The place at the top of my list—New Zealand—I’d already ticked off. I was just starting to train my sights on the continent, even if I had no clue how to pull it off. Then here was this opportunity that fell right on to my lap. What else was I to do?

Of course, I’ll go! Nevermind the fact that I’d been out of work for more than a year. And no, I wasn’t about to ask my folks for some travel money.

Whatever savings I had, they had to be enough. The Office was going to shoulder my travel. Surely, not having that much cash to spend around wasn’t going to keep me from pushing forward. 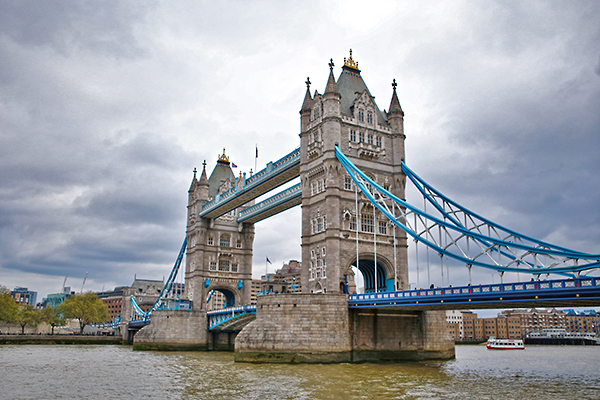 Thankfully, it turned out that I made the right choice. ED was right, the people at the Organization were really nice people. And so were the other guests. Most had known each other for a while. For the most part, it felt like a reunion among old friends. And you know it’s a good kind of bond, if you find your newbie self in the middle of all this, and not feel all left out at all.

I got to meet other people who are also in development work, and are also into art. (No, I wasn’t gonna say law) One likes to paint. Another is more of an illustrator like myself. And that was really cool for me. 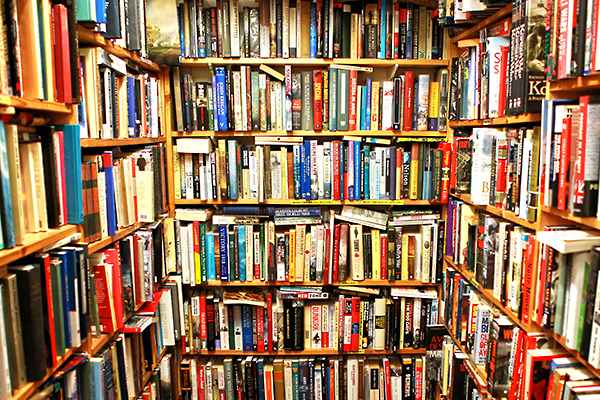 What of London itself, you may ask?

It actually felt good to walk around the city. Heading over there, I had this idea in my head that the place, being a big city and all that, would be full of rude snobs making their daily pilgrimage to work, all smug and unhappy. Well, I did see quite a bit of those. But for the rest, they’re no different from the people over here in Manila. I saw plenty of good people, too. Kind residents who took their time guiding lost tourists were a dime a dozen.

The thing I loved most though were the many used-books shops that riddled the city streets. ED and I probably had 20 books or so between us, by the time we were about to leave. I could actually see myself going back there just for the books! They were really in tip-top shape, and quite cheap.

Make no mistake though, not all things I loved about London I can put a price on. 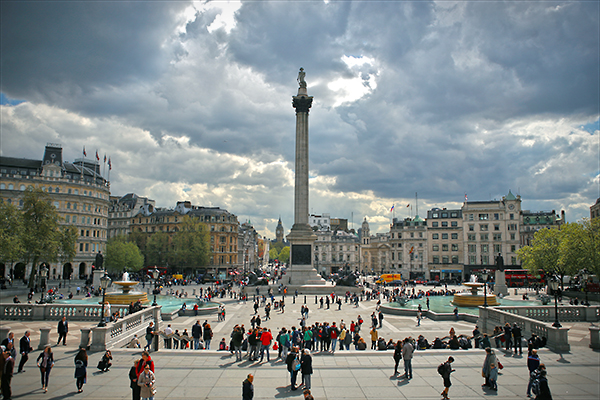 For a significant amount of time, I was by myself walking and exploring the streets of the big city. Apparently, ED always had that in mind—for us to go our separate ways during our free time. He wanted to focus a lot more on the book-hunting, probably because he’s been there a couple of times already. And I, being in tourist mode as a first-timer, wanted a little bit of both: book-shopping and sight-seeing.

It turned out to be a happy but unexpected development.

The solo time it afforded me was just enough to spark my sudden appreciation of some of life’s gifts that are often taken for granted. Things like relationships, friends, plans, dreams, and love. By love, I don’t just mean the romantic sort. It’s more like the kind we feel when everything is at peace, and most of our troubles seem trivial. The same love we exude when we feel blessed with so much that we go out and make sure to share it or pay it forward.

Of course, I still had to keep my wits about and consciously looked out for pickpockets and stuff like that. It’s still an urban jungle after all. 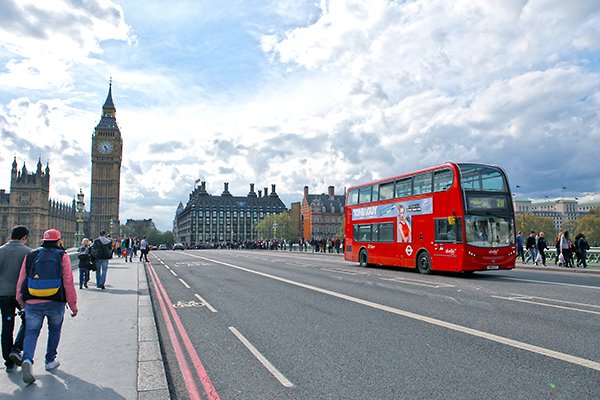 The best souvenir I got from the trip? An “I AM SHERLOCKED” mug (from the current Cumberbatch series). I’ve always been a big fan of Sir Arthur Conan Doyle’s enigmatic and very polarizing detective. Sherlock Holmes is to law enforcement as Dr. House is to the field of medicine. In the two characters, it is their brilliance that is both the source of their greatness and their imperfections.

Incidentally, that’s exactly what I came to think about life too, as I walked along the River Thames on my last day walking around the city. The sun had, by then, decided to turn in early and rain clouds began appearing from almost everywhere. I was headed back to Liverpool Station where I was to meet up with ED.

Life is amazing, I thought. But it’s not just because of all the good things it has to offer. The tragedies, the heartaches, and all the grief it gives us play their part, too. Both catalysts of great, contrasting emotions flow from the same essence that make life the miracle that it has always been. It sort of blows your mind. At least it did mine.

To you, I say: when it’s your time and London comes calling, go and pack your bags. 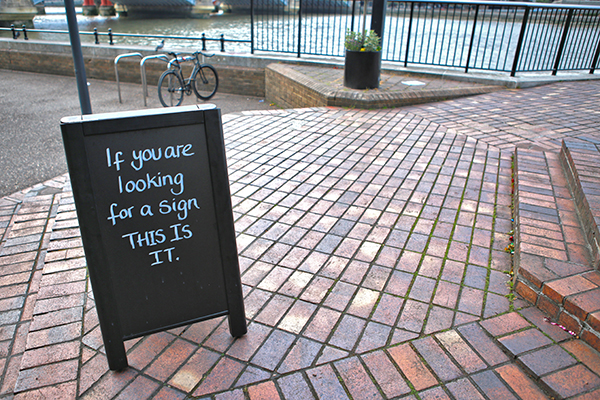